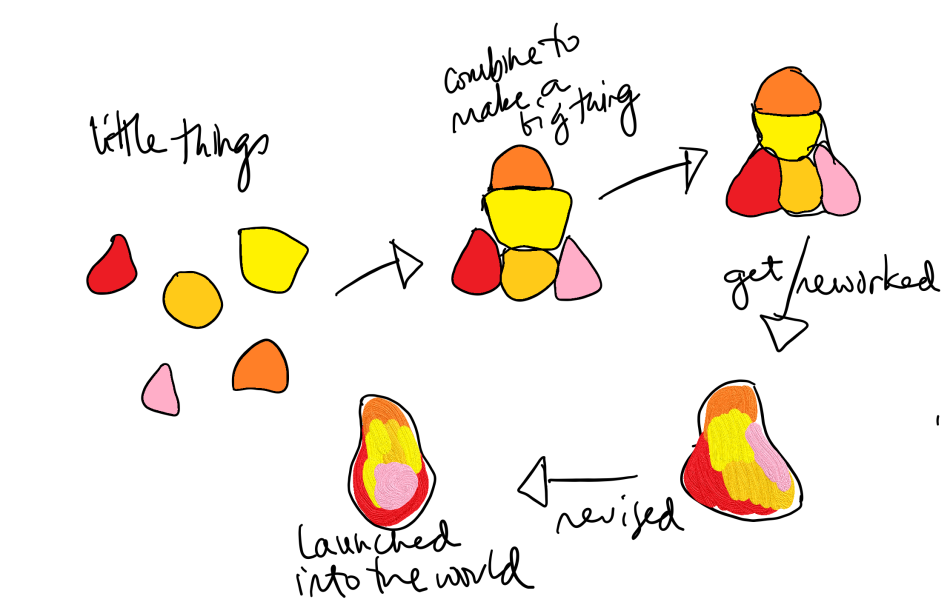 So, it’s been about two years since I started working on a thing. It started as a little thing, writing a few stories. Then a few more. And a few more after that. The stories, when all combined together formed a big thing.

After making the initial big thing I did nothing. I let it sit. I focused on other things. But I kept thinking, about coming back to the big thing. Eventually I did.

I revised the big thing. Moved things around. Added a few more stories. Deleted a few. Let a few people look at it. I revised a lot more. Then I set it aside again. The big thing patiently sat there.

And then, I did it. I hit submit. Yesterday! Now the big thing is being reviewed and hopefully it will be live in the world sometime in the next few days. I’ll let you know when it appears!

If I were my own best friend I would give myself a hug. A bunch of little things became a big thing. The big thing patiently waited for me to figure out what to do with it. I revised it, reshaped it, reformed it, and finally submitted it. Soon, it will be a living, big thing in the world. A book! I wrote a book. Happy Friday everyone.