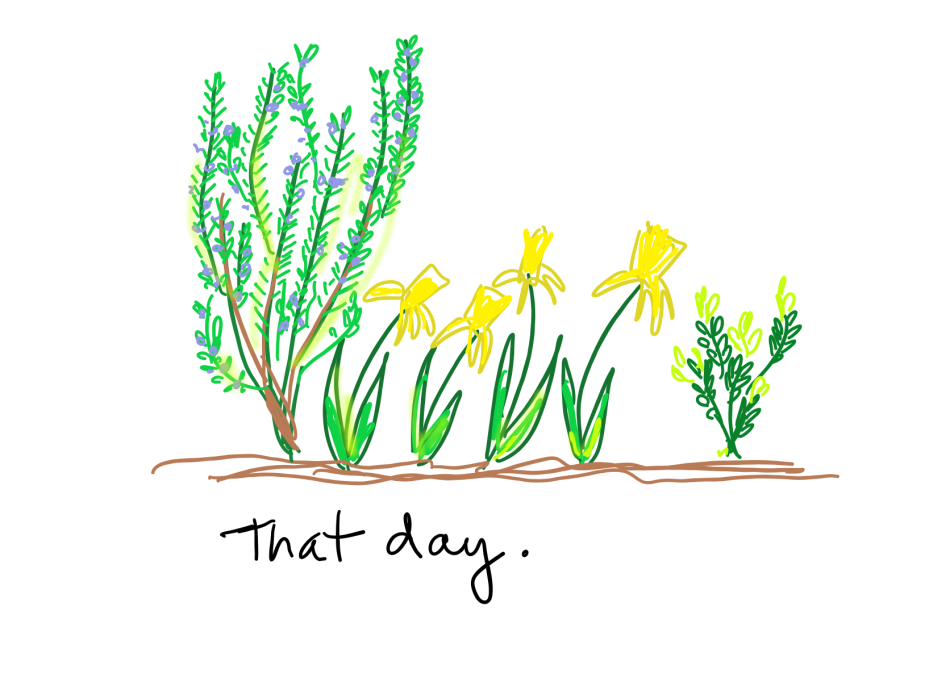 That day when you were laid off (along with millions of other people). And got to apply for unemployment. And figure out medical benefits. And figure out next steps you never wanted to take. That day when you started your shift in the morning with a mild headache and by mid-day had a cough and sore throat and fever. And you thought it was allergies, because this happens every year at the same time, but who knows. That day when you got to have a nasal swab to make sure it was allergies, and so a nurse stuck a 6 inch swab up your nose and swirled it around in what felt like your brain. That day.

That day when you had to explain to your young kids that you now have to remain completely quarantined in your home for the next 48 hours until you get test results. And both your kids cried because they had been playing with some of the neighborhood kids earlier and they were all planning on making a movie that night and they both had parts. That day part of your heart broke, because your job caused some of their pain.

That day when two people you knew, who had been admitted to the hospital last week, died. Because they were old and they were ill and it was not a good time be old and ill in the world. That day.

That day when you had 12 daffodils blooming instead of 8 and they were all bright yellow, like lemons or sunshine. That day when you noticed the rosemary had hundreds of small purple flowers on it and had doubled in size. And the lavender had new growth and the hydrangeas had leaves. That day when the birds ate from the birdhouse your son made two weeks ago. And that bag of birdseed you randomly bought months ago is actually getting used.

That day when one of the dads in the neighborhood had a birthday and the all the kids drew a crosswalk in front of their house and wrote “old man crossing” in huge letters on the street. Because the kids think anything over 18 is old. That day when your daughter took the training wheels off her bike. And went screaming down a hill on two wheels and did not fall over.

If I were my own best friend I would remind myself that each day is just one day, even if it’s that day. There are so many different things you can choose to focus on and so many different emotions to feel in one day. And you may feel all of them in one day. So be gentle with yourself friend. Feel whatever you need to feel. Process whatever you need to process. And then move on from that day to the next. Ask for help if you need it. Reach out and connect if you need to. Again, be gentle with yourself friend. Because that day, is truly just one day.