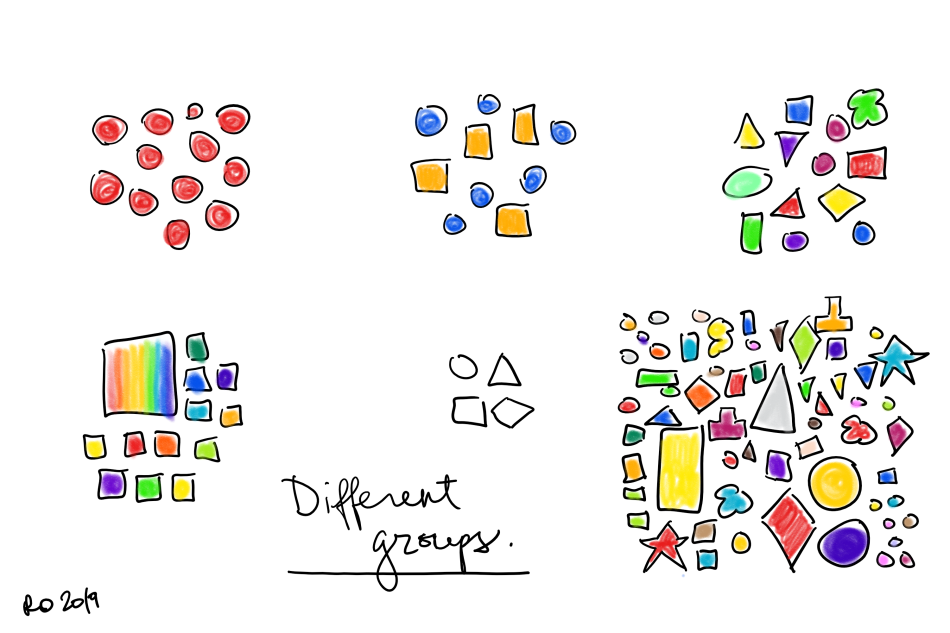 This week I was talking with someone who was very concerned about people joining a group she is part of now. She is worried new people coming into this group will cause it to deteriorate or decline or the new people may even harm her. She thinks the leadership of this group should stop all new people from coming into it. The interesting thing to me is that this person joined the group recently. The group has existed for a long, long time and she is a relatively new member. I was surprised, that as a new member, she was so strongly against more new people joining the group.

This conversation got me thinking about groups or clubs or things we join during our lifetime. Some groups we are born into, some we are entered into because of our families, some we enter into because of friends, some we choose to be a part of because we believe in something they believe in. Some clubs we choose and others choose us. Some groups are open to everyone, some are exclusive. Some you have to pay money to join and some are free. Some are very elite and small, while others are very big and inclusive. Some groups are based on geography, where you are born, religious beliefs, gender, shared interests, and so much more.

In light of this conversation, if I were my own best friend, I would advise myself (and you) to take a little time and think about the groups you are a member of currently. What do these groups say about you or about who you are? How did you become part of these groups? Did you have a choice? Do you want to be in these clubs? Do you believe what they believe? Can you get out of any of the groups? Are there other clubs you want to join and how would you do that? What kind of groups do you want to be part of? Do you think groups are stronger when they are large, inclusive, and diverse or when they are small, exclusive, and single-minded?

0 comments on “Join the club.”